Last Thursday my Daughter Hannah (Anewaddition) announced that she was taking me out for an afternoon event at The Champneys Spa Resort near Ashby De La Zouch.    It sounded fun and she also said that it was linked to a Press Event to be held by Lights by Tena.   A team building and social event with a spa treatment.   An interesting day ahead.

I turned it around by saying I would drive so that she could have a chill out afternoon.

This is how, on a Sunday afternoon, we set out on our way to Champneys.  An approximate drive of 38 miles.    This turned out to be interesting as “No-one told me !”….. that Gallows lane is split into two with the second half, to the left and further down the road.    We arrived quite early and entered Champneys.   Beautiful place , so calm and relaxing 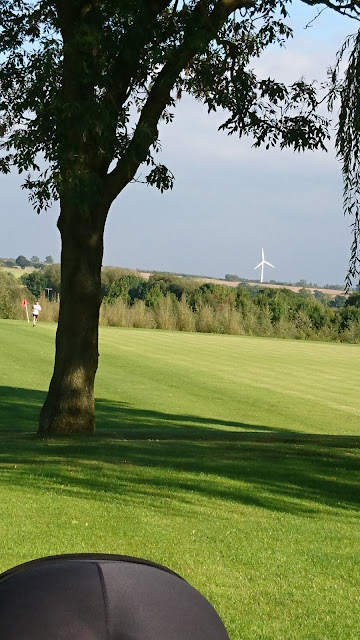 After introductions from Hannah and her colleagues, and introductions to each other, we were offered a glass of champagne (I had water as was driving) and some really yummy sandwiches , some of which were mini smoked salmon and cream cheese bagels,  coronation chicken,  and tuna, red onion and olives.   The food was exquisite.
Once we had finished our food, the presentation began.  It was regarding the press release by Tena of their new light products, with the catch phrase “C’est La Vie to those Ooooooops moments” (TM)
This is a newly upgraded range to the already available Tena products.   These new products are amazingly thin but more absorbent than any other product that Tena have had before. These are especially designed for those Ooops moments and are made to be worn on a daily basis. They are 5 times drier than regular liners and absorb 2 times quicker than a normal towel.  This means that you can be fresh and dry all day long.
The range has the trade marked “FeelFresh Technology” which comprises of a quicky drying top sheet and innovative fluid distribution layers to effortlessly control moisure and odour.
The subject of ‘accidents’ or ‘ooops moments’  is always taboo and therefore not really spoken about. I am sure this product with bring it out into the open and be something that people may raise as an issue with the recommendation given of this product.   It can be used by all ages and there is also a range for men too. Again another taboo subject being brought into the open.
Light bladder weakness is common, can happen when you sneeze, when you are pregnant, in lots of situations.  Lights by Tena is the ideal product for this sort of occassion and takes away the worry of those ‘little leak’ times. 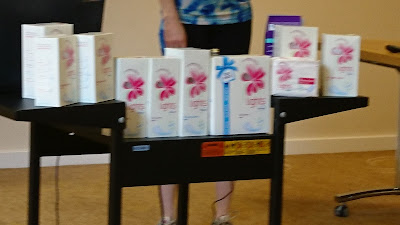 This is the exciting new range – Lights by Tena.
Following the excellent presentation, which was full of really interesting facts, some of which are mentioned above, we were asked to follow the lady looking after us for the afternoon, to the gym for a set of circui training.
Off we went and no sooner had we got into the reception area, I found myself virtually face planting

the rather posh carpet in the area.   “Noone told me!” ……  that there were three steps down and not two as I had thought.   After picking myself up and calming myself off we went to the gym, with one rather sore knee.     The participants all worked really hard. 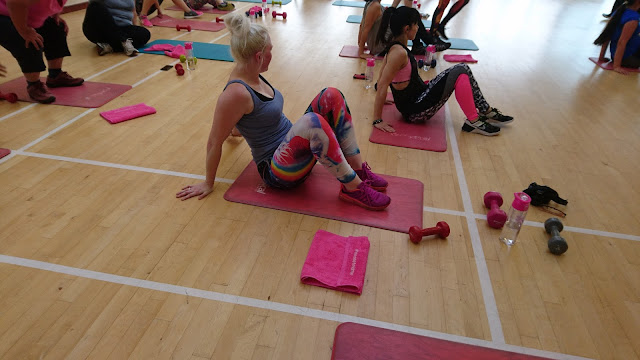 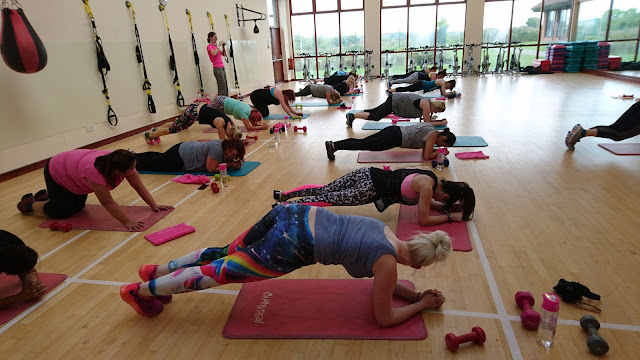 Everyone working hard.
It was a really hard workout.    The next photo is me 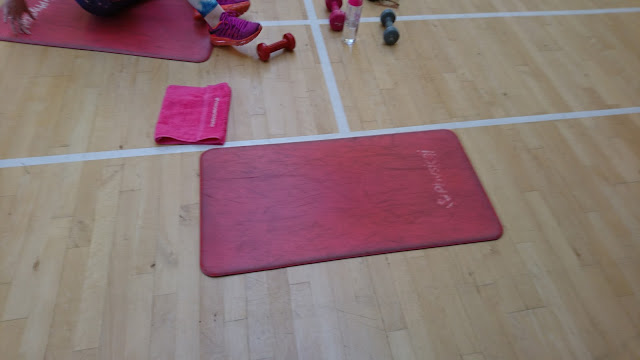 “Noone told me!” that when you fall down a set of stairs your knee would be so sore. The bruise is now coming out.
Following the circuit training, due to the weather being beautiful, the yoga class was taken outside.    We walked the short distance to where it was.  I sat on the bench due to my knee still hurting, but it was lovely to see everyone enjoying themselves.   Here are a few photos  of various moves (by my daughter). 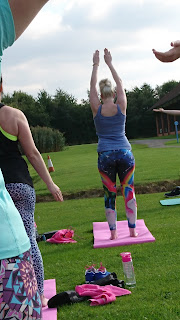 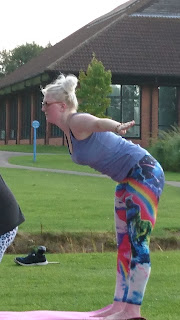 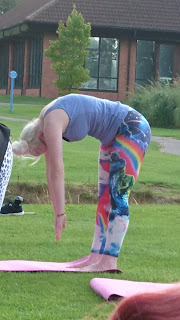 Following the end of the Yoga, half of the participants went for a Spa Treatment and the other half went back to the room for Refreshments which consisted of Tea, Coffee and a variety of cakes.  I was in the second group, so enjoyed a berry tea and come cake.

I was called for my spa treament which was called ‘Head in the Clouds.’   “Noone told me!” that the treatment would relax me so much.   I felt totally chilled when I came out.   So much so that even taking wrong turns on the way home did not worry me.

You may have noticed that throught this blog piece, I have use the phrase “Noone told me!” several times.   This has been created by Tena as a competition.  They would like to hear your #noonetoldme moments and in return there is the chance to win some fabulous prizes.from shopping vouchers to a city break.   If you have a #noonetoldmemoment you wish to share you can do so by visiting
www.noonetoldme.co.uk.

I would like to say a huge thank you to Hannah and her collegues for a fantastic afternoon, for introducing me to a brilliant product and for allowing me to make some new friends.

Home Made Apple Scone
Its that time of year ……