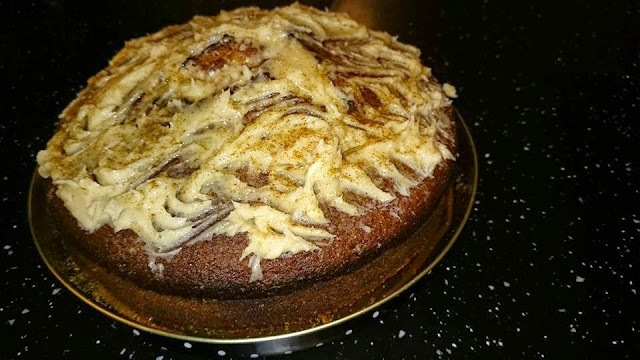 to sprinkle on top a little extra cinnamon

In a pan place the butter.  Melt gently and continue to heat until the butter browns.  Leave to one side to cool a little

In a large bowl sift the flours and the cinnamon.  Add the sugar.

In a seperate bowl or jug place the eggs, vanilla, browned butter and milk.  whisk well

Make a hole in the centre of the flour and add the organge juice and the egg mix.

Beat well and place into the cake tin.

Cook for about 40 minutes or until a skwer comes out clean.

Spread on the top of the cooled cake and then sprinkle with a little extra cinnamon.